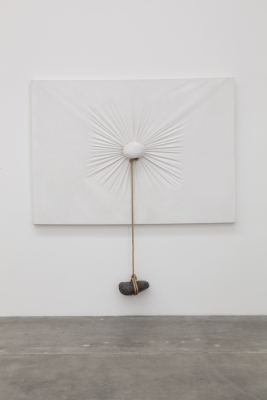 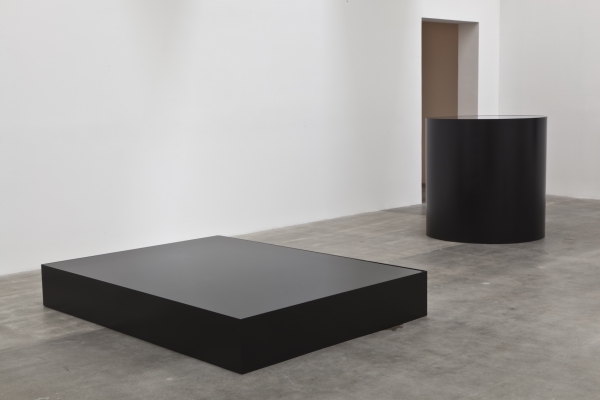 Reveling in my spiritual art ancestors, the Mono-ha Movement. My brief thoughts on Nobuo Sekine's work at the DMA, here. And more on the movement here.
Posted by Lucia at 3:55 PM 1 comment: 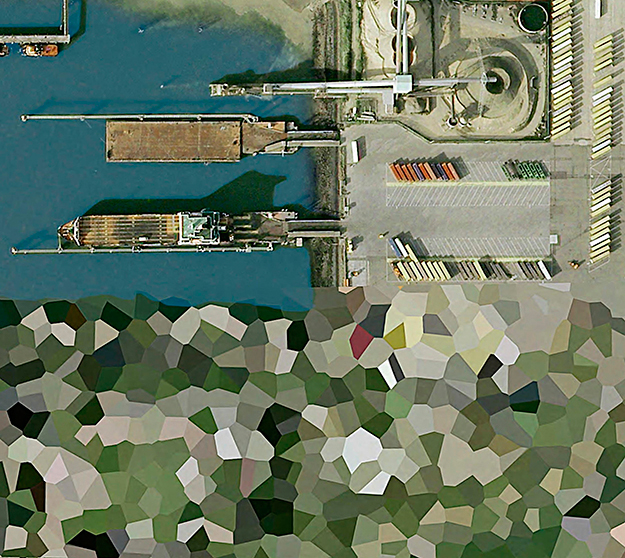 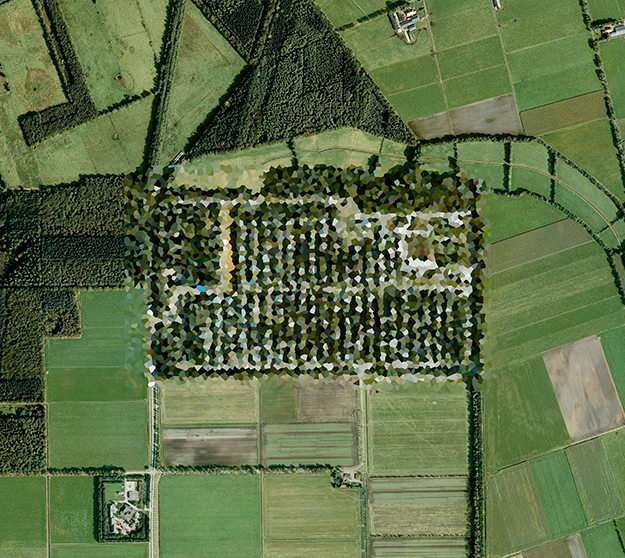 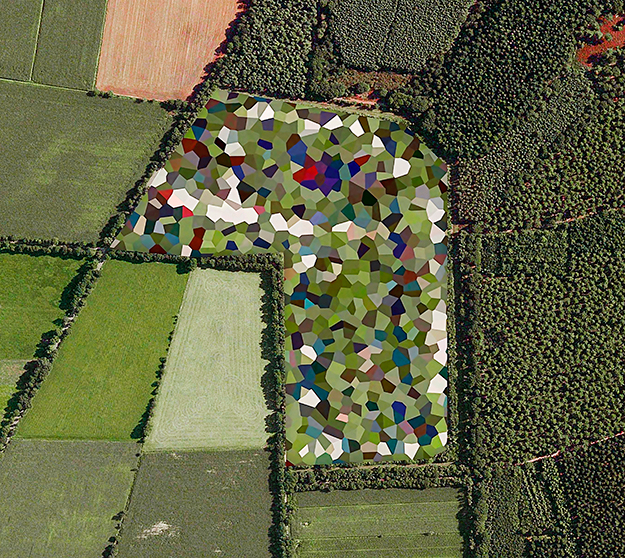 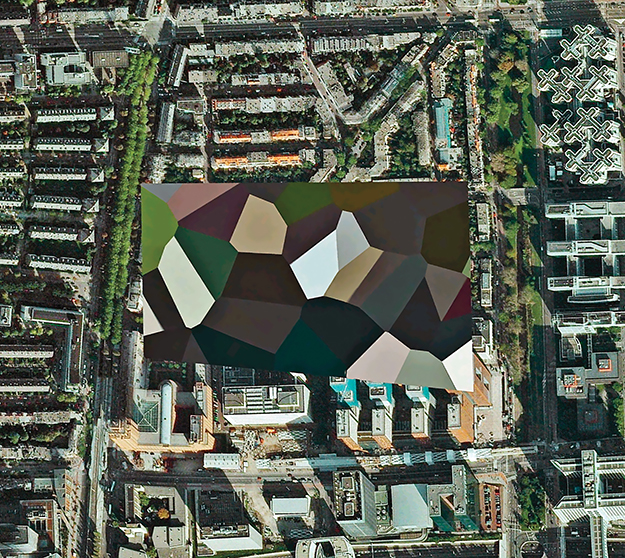 When Google introduced its free satellite imagery service to the world in 2005, views of our planet only previously accessible to astronauts and surveyors were suddenly available to anyone with an Internet connection. Yet the vistas revealed by this technology were not universally embraced.

Surprisingly, one of the most vociferous of governments to censor political, economic, and military locations was the Dutch, hiding hundreds of significant sites, including royal palaces, fuel depots, and army barracks throughout their relatively small country. The Dutch method of censorship is notable for its stylistic intervention compared to other countries: imposing bold, multicolored polygons over sites rather than the subtler and more standard techniques employed in other countries. The result is a landscape occasionally punctuated by sharp aesthetic contrasts between secret sites and the rural and urban environments surrounding them.